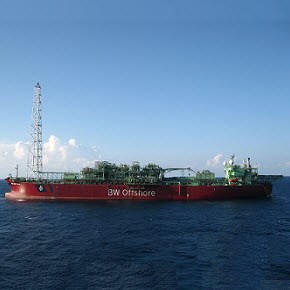 FPSO operator BW Offshore has decided to sell one of its FPSO vessels as part of its strategy to transition to floating energy infrastructure investments.

BW Offshore has signed an agreement for the sale of the FPSO BW Joko Tole to PT Bahari Inti Tanker and PT Cahaya Haluan Pasifik, both of which are Indonesian companies, in consortium with PT Buana Lintas Lautan Tbk, a company publicly listed in Indonesia. The consortium will continue to operate the FPSO under the lease contract with Kangean Energy Indonesia.

The transaction is part of BW Offshore’s strategy to transition to floating energy infrastructure investments, the company explained on Monday.

As revealed by BW Offshore, the sale will free up over $50 million of liquidity, comprising of net sale proceeds of $42.5 million and the release of $9 million of working capital upon closing. There is no debt attached to the FPSO. The company expects to book a loss from the transaction of around $23 million and a tax expense of approximately $12 million from the write-down of a related deferred tax asset in the fourth quarter of 2021.

The transaction is subject to customary conditions precedent with closing expected late in the first quarter of 2022.

“The transaction follows our strategy of optimising value from the non-core FPSO fleet, which includes divesting assets with marginal contracts close to end of the firm period, while progressing our transition to floating energy infrastructure investments,” Marco Beenen, BW Offshore’s CEO, said.

BW Offshore will provide transition services for a period of up to four months after closing the deal to ensure safe and uninterrupted transfer of operations, including the local organisation operating the FPSO to the new buyer. The BW Joko Tole is a gas-producing FPSO operating on the TSB field offshore Indonesia where the first gas was achieved in 2012.

Earlier this month, BW secured another contract extension with Eni for its Abo FPSO, which will continue carrying out operations on a field located offshore Nigeria.