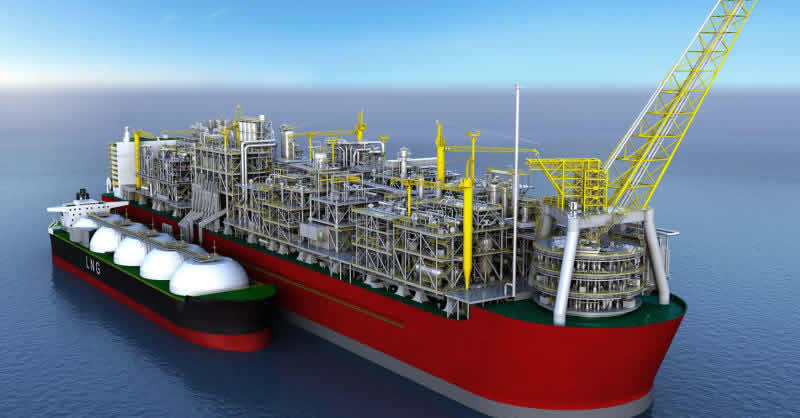 Ghana is preparing to become first Liquefied Natural Gas importer in sub-Saharan Africa, with the terminal at the port of Tema set to receive its maiden cargo in the coming weeks.

LNG will add to Ghana’s own gas production and imports from Nigeria via the West African Gas Pipeline, though these have been subject to frequent interruptions.

The WAGP – which also provides Nigerian gas to Benin and Togo – is one of only two trans-national gas pipelines in sub-Saharan Africa, the other being a pipeline from Mozambique to South Africa.

Ghana has a deal with Nigeria to receive 120 million standard cubic feet of gas daily. But supply to the country had fallen short of the contractual volume in recent years amid several challenges.

For instance, in 2016, the resurgence of militant attacks in the Niger Delta, which caused Nigeria’s oil production to plummet to a near 30-year low, significantly reduced gas supply to the West Africa gas pipeline.

There are a number of LNG export projects across North and West Africa, but Egypt in 2015 became the first — and so far only — African country to import LNG.

But that is set to change as Ghana gears up to begin LNG imports.

“The terminal at Tema will be mechanically ready for full operation at the end of March,” S&P Global Platts quoted a project spokesman as saying on March 4.

“We are waiting for Shell, the supplier, and GNPC as the off-taker to decide and confirm the delivery date for their first cargo to arrive at the terminal,” he said.

It has been expected that the first cargo would arrive by the end of the first quarter of 2021.

The Tema LNG terminal — backed by Helios Investment Partners and Africa Infrastructure Investment Managers — is made up of a dedicated floating regasification vessel and a separate LNG storage vessel, and has the capacity to import 1.7 million mt/year of LNG.

LNG will be supplied under a long-term contract with Shell, which said last month in a strategy presentation that it wanted to grow its LNG market footprint by creating new markets, including being a first supplier of LNG to Ghana.

In January, Spain’s Reganosa was awarded the contract to operate and maintain the terminal as well as an associated 6-km gas pipeline.

“Tema LNG’s year-round supply of gas will enable GNPC to supply reliable and cost-effective gas into the Tema power and industrial enclave,” Edmund Agyeman-Duah, the project manager of the Tema LNG Terminal Company, said at the time.

For Ghana, the start of LNG imports is seen as a boost for developing its gas-fired power generation sector.

LNG is therefore seen as a quick way for African countries — which are expected to see growing gas demand in the coming years especially for power generation — to gain easier access to gas supplies.

More FSRUs have been planned across sub-Saharan Africa, including in Cote d’Ivoire, Benin, Namibia, South Africa, Kenya and Sudan, though none are expected to be realised any time soon. Ghana Liquefied Natural Gas