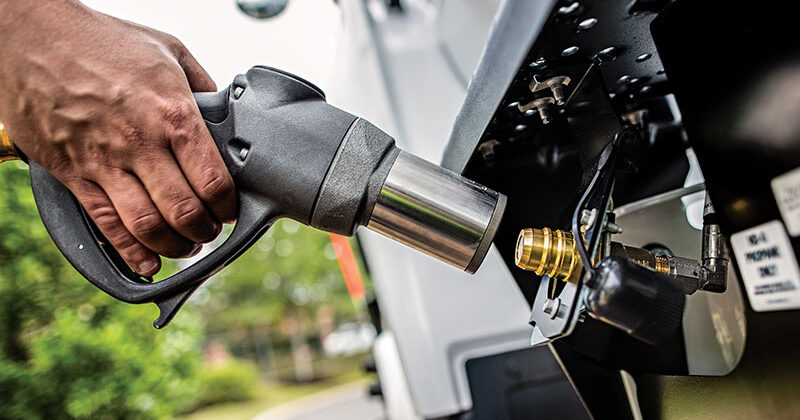 The Managing Director of Banner Energy Limited, Mr. Nuhu Yakubu, has said his company has started converting petrol and diesel-powered vehicles to Autogas in Abuja.

Yakubu disclosed this in a chat with THISDAY, explaining that the project was essentially aimed at converting vehicles nominated solely by the Nigerian National Petroleum Corporation

He listed the benefiting vehicles as those of the NNPC, Ministry of Petroleum Resources, selected mass transporters, labour unions, the Abuja-Kaduna-Kano (AKK) project vehicles, amongst others.

“Banner Energy Limited has built the most and currently operates the largest network of LPG Autogas retail filling infrastructure in Nigeria, operated as BannerGas.

“The role of BannerGas is to support the Federal Government of Nigeria in achieving its objective of ensuring smooth and quick transition to Autogas use by a critical mass of road users, by the expansion of its franchise network of LPG retail filling plants network, as the faster deployment option to achieve improved accessibility and market penetration.

“BannerGas recently completed construction of Autogas filling plants for NNPC to flag off the federal government’s Autogas policy. With the success of the launch, BannerGas is furthering its collaboration with NNPC for a vehicle conversion to use Autogas”, he said.

Yakubu further stated that the exercise which is being conducted in phases is currently on-going in Abuja, where young technicians are being taught in batches to acquire special skills on Autogas conversion.

He said the plan was to expand the project to other states of the federation, where the company has ongoing plans to set up Autogas conversion centres.

Yakubu, however advised Nigerians to take advantage of the federal government’s Autogas policy and move from using the high cost petrol and diesel to Liquefied Petroleum Gas (LPG), arguing that gas is cheaper and cleaner than petrol and diesel.

He noted that the federal government’s Autogas policy has significantly impacted the nation’s gas sector, adding that the policy portends huge savings for families and businesses.

“The policy is aimed at enthroning gas as preferred energy for the domestic economy because it’s comparatively cheaper.

“While a litre of government subsidised petrol under extant price regime actually retails for between N165 and N200 per litre, depending on the part of the country, the average deregulated retail price per litre of LPG delivered to Abuja – FCT falls between N100/litre for propane specification to N195/Litre for butane specification.

“The cheaper of the two, being Propane spec LPG is the industry-approved standard for Autogas in Nigeria, which portends huge savings for families and businesses”, he said.

According to him, Autogas use, with deep market penetration and with a reasonable switch from petrol and diesel, will save Nigeria huge foreign exchange spending on fuel importation; expand Nigeria’s domestic energy mix with improved accessibility for LPG as a cleaner and cheaper energy source, with multiple applicable uses.

He explained that this would, in great measure, help the consumers especially, the low-income Nigerian families with their fast-eroding purchasing power in an increasingly difficult economic environment.

“And it is environmentally friendlier than petrol and diesel, in terms of greenhouse gas emissions. Autogas use will help trigger the much-needed demand intensive use of gas, with the multiplier benefit effect on improved in-country production and supply sources,” Yakubu stated.

He further said the policy has the potential to reduce gas flaring, cause a marked increase in foreign direct investments in LPG production plants, trading and distribution infrastructure and equipment manufacturing in Nigeria, which has been on the decline in recent years.

He contended that LPG as a broad spectrum substitute fuel for petrol, kerosene, and diesel and that if its broader applications and deeper penetration were properly encouraged, it would reduce demand pressure on the foreign currencies for financing importation of petroleum products, which currently accounts for over 70 per cent of Nigeria’s foreign exchange demand.