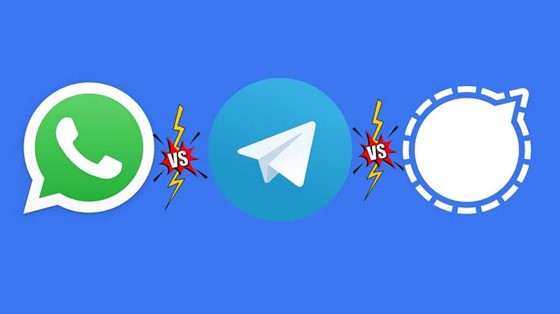 The Facebook owned messaging application, WhatsApp, has responded to the sudden competitive threats facing it due to the controversial update of its policy that has sparked privacy concerns.

There have been several outcries and backlashes from users of the application concerning the new privacy policy going into effect on Feb. 8 that will mandate sharing of sensitive profile information with Facebook.

Millions of users have since migrated to other messaging applications such as Telegram and Signal, with the former announcing having 25 million new users in 72 hours and reaching 500 million active users, and the latter topping the most downloaded application on App Store.

Signal especially got a boost after Elon Musk tweeted, “Use Signal”, to his over 40 million followers on Twitter, while WhatsApp lost at least two million users.

WhatsApp has responded to the backlash and the competitive threat, in a statement, describing the outcries as “rumours going around” online.

“We want to be clear that the policy update does not affect the privacy of your messages with friends or family in any way,” WhatsApp said.

It added:  “this update includes changes related to messaging a business on WhatsApp, which is optional, and provides further transparency about how we collect and use data.”

The messaging application further stressed that “neither your messages nor your calls will be read or intercepted by the company.”

It further explained that WhatsApp calls, unlike traditional mobile carriers, did not keep records of calls for privacy reasons.

However, the company, according to the new policy, will be able to share certain payments and transactions data in order to boost advertising, it explained.

“Some large businesses need to use hosting services to manage their communication.

Which is why we’re giving businesses the option to use secure hosting services from Facebook to manage WhatsApp chats with their customers, answer questions, and send helpful information like purchase receipts.

“But whether you communicate with a business by phone, email, or WhatsApp, it can see what you’re saying and may use that information for its own marketing purposes, which may include advertising on Facebook.

“To make sure you’re informed, we clearly label conversations with businesses that are choosing to use hosting services from Facebook,” WhatsApp stated.

The Instagram Chief Executive, Adam Mosseri, has reportedly said there is a lot of misinformation about the WhatsApp terms of service.

“There is a lot of misinformation about the WhatsApp ToS right now. The policy update does *not* affect the privacy of your messages with friends or family in any way. The changes are related to messaging a business on WhatsApp, which is optional,” he tweeted.

Facebook AR / VR head Andrew “Boz” Bosworth has also been trying to set the record straight but with little success.

Boz replied to a tweet that claimed WhatsApp had killed its privacy with “This is not accurate”.

WhatsApp chief Will Cathcart also took to Twitter a few days ago to post a thread trying to cut through the confusion and explain what’s actually going on.

“With end-to-end encryption, we cannot see your private chats or calls and neither can Facebook. We’re committed to this technology and committed to defending it globally,” Cathcart tweeted.

“It’s important for us to be clear this update describes business communication and does not change WhatsApp’s data sharing practices with Facebook. It does not impact how people communicate privately with friends or family wherever they are in the world,” the company official stressed.